12/03/2020
A well-known Ukrainian blogger and journalist for the Road Control newspaper, based in the US, published on his YouTube channel intercepts of alleged criminals who, according to conversations, planned the murder of a well-known journalist and politician Roman Revedzhuk

According to Rostislav Shaposhnikov, he is not sure of the authenticity of the conversations given to him and is not ready to say anything unequivocally, since the sound quality is very poor, however, if this is true and true of a person's life, then the alleged crime should be impossible writes the Version edition. on YouTube channel Rostyslav Shaposhnikov.

"I cannot guarantee that this is a 100% true audio recording," the journalist says, adding, "... but if it is a real recording, we will prevent the bandits from implementing their criminal plan. Therefore, I publish this recording as is, and you yourself decide whether it's true or not. "

Rostislav Shaposhnikov does not say whose voice sounds on the record, but believes that the audience will guess who it is.

The journalist called on law enforcement authorities to check the record for authenticity and to identify the person even possibly of the People's Deputy of Ukraine whose voice allegedly sounds in conversation.

"I know whose voice is probably one of the acting MPs, but I ask you to guess whose voice it is," - the journalist said. 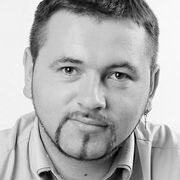 We will remind, the well-known Ukrainian journalist, political observer Roman Revedzhuk has suddenly disappeared "from the radar": always an active social network contributor and a frequent guest on television has been silent for more than a week. According to the media, he is seeking political asylum in one of the EU countries.